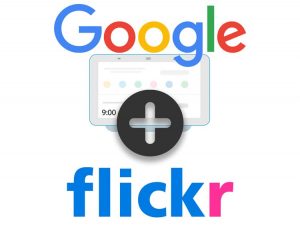 There have been several tech reviews saying that one of the Google Home Hub’s best features is as a digital photo frame. Digital photo frames aren’t new, but in my limited experience, they have been a real pain to set up. My sister and I bought one for my mom several years ago, and it was an absolute black hole to select the photos for mom, put them on a thumb drive and then update the darn thing.

I never bought one for myself for this reason, but I did want to try out the Home Hub’s feature. The trouble I ran into, however, was that all of my photos since 2006 are on Flickr. Sentiments about Flickr aside, I didn’t want to move all my photos over to Google Photos (at least not right away). I chatted with a really helpful Google support rep, who gave me these instructions:

When you open the Google Home app, then go to ambient mode, on the list where you can choose Google Photos, there is an option for Experimental. You will see Flicker in the options.

I’m deeeelighted to say that this worked! I was even able to select a particular album/s for display. There are about 650 photos in the album and the rotation seems pretty solid. I’ve added new photos and they showed up right away.

Overall, I agree with the reviews linked above; the photo frame functionality is pretty rad.